8/14/09 -- Kabul, Afghanistan
-- Elections in Afghanistan -- Elections in Afghanistan -- Presidential candidate and former Foreign Minister Abdullah Abdullah is welcomed by locals from the Hesarak District, in the Nangahar Province after arriving there by helicopter on a campaign stop to meet with the elders who have pledged their support and votes in the upcoming presidential elections. Abdullah Abdullah is second in the polls and noted today as the main challenger to the incumbent, President Hamid Karzai, in the Aug. 20 election. Abdullah served in the Karzai administration from 2002-2006 as the Minister of Foreign Affairs. 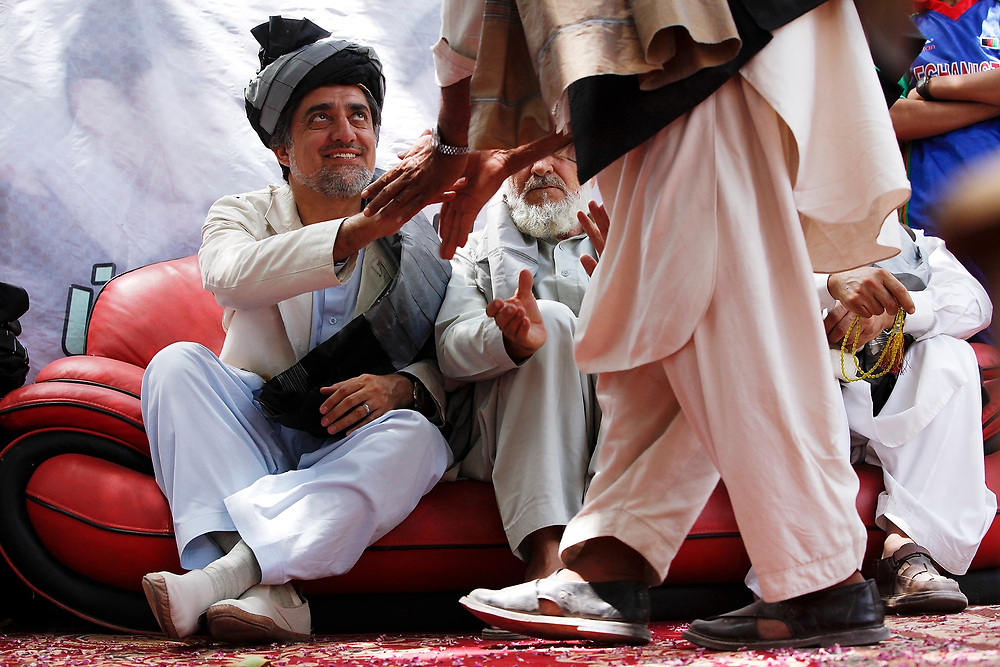