Euphrates River, IRAQ--4/2/03 -- US Army's 11th Engineer Battalion, Alpha Company with the 3rd Battalion, 69th Regiment Armor Task Force (Task Force 3-69) come under fire as they work to put boats in the water and take Objective Peach and cross the Euphrates River just south of Baghad. The task force attacked the position wtih air support from both the Air Force and Army Attack Aviation before the intial recon by engineers in boats crossing to the other side of the Euphrates taking heavy fire. The bridge was rigged with explosives on the western side of the bridge and one small section had been detonated without significant damage to the superstructure. Other explosives on the beams did not detonate and the engineers and EOD cleared the explosives while still taking fire. (Photo by Jack Gruber/USA Today) 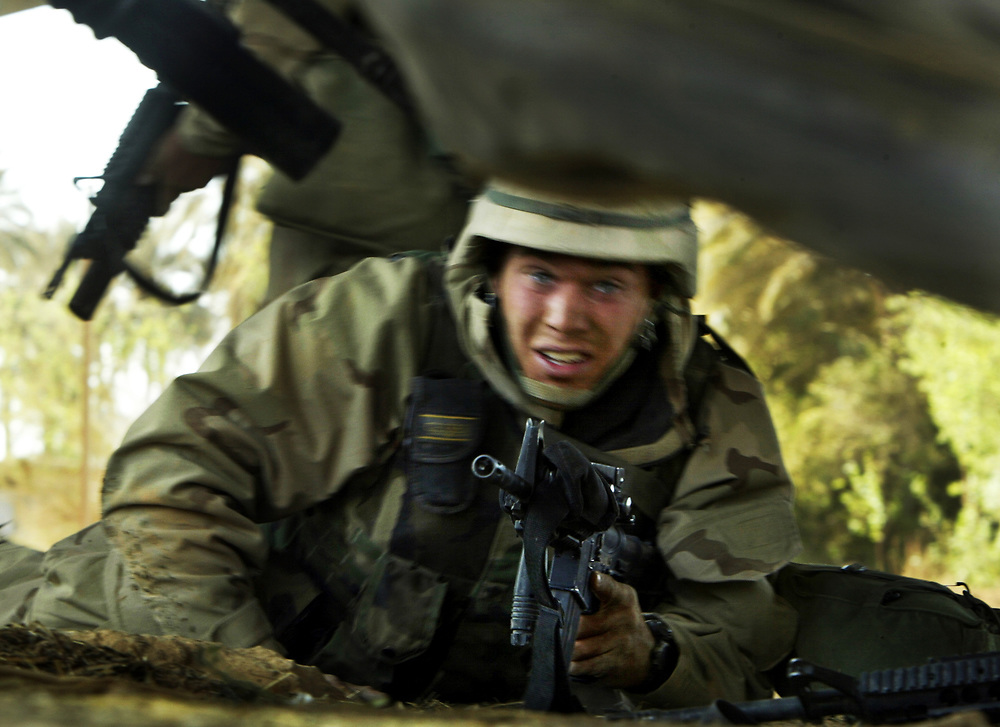