5/12/07 -- Afghanistan -- JALALABAD, Afghanistan -- UNOPS (United Nations Office of Special Projects) construction supervisor Ben Akari, right, pauses just for a moment while moving at a fast pace so his UNOPS security detail can catch their breath just before entering the village of Karmakhell while walking along the irrigated waterways along poppy fields bordering the 26 mile road project funded by USAID while checking on construction progress of the UNOPS road project which he does every day on foot. Akari, a former elite New Zealand army Special Air Service (SAS) engineer walks and talks with the construction workers on most of the southern section in the most dangerous and remote section of the road project which starts at the base of the Tora Bora Mountains. Akari prefers to walk so the locals know and respect that he is there everyday watching the progress and doesn't loose any control of the project. Akari has been the target of at least one IED (improvised explosive device) explosion on the road, threatened with kidnapping and death in the highly dense poppy growing region. The U.S. is spending hundreds of millions of dollars to build roads in Afghanistan on the theory, as Lt. Gen. Karl Eikenberry says, that "where the road ends, the Taliban begins." The US-funded effort to build a 26-mile road through the heart of Taliban country near Jalalabad has become a metaphor for troubled U.S. campaign to bring peace and stability to Afghanistan. A road would get farm produce to market before spoiling, sick and injured Afghans to hospitals before they die. It would improve education and social services. But the international engineering team in charge has confronted roadside bombs, a hired killer, angry mobs, opium traffickers and corrupt local officials. Several people working on the project have been killed, others have fled the country. The project has been scaled from 26 miles to 18 miles, and it is weeks behind schedule. Now it's unclear wheth 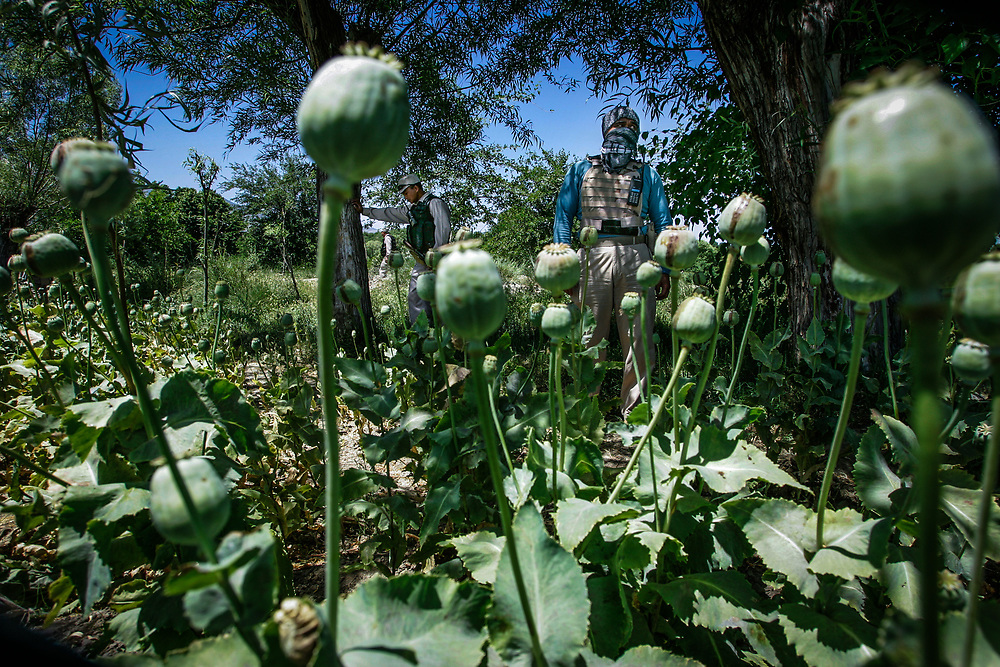