8/14/09 -- Kabul, Afghanistan
-- Elections in Afghanistan -- Presidential candidate and former Foreign Minister Abdullah Abdullah after landing in an Afghan National Army Air Corps Mi-17 helicopter in the Gardi Village in the Nangahar Province has to cover themselves from the sand, dirt and debris kicked up as another helicopter lands before his next stop on a campaign tour to through the province. Abdullah Abdullah is second in the polls and noted today as the main challenger to the incumbent, President Hamid Karzai, in the Aug. 20 election. Abdullah served in the Karzai administration from 2002-2006 as the Minister of Foreign Affairs. 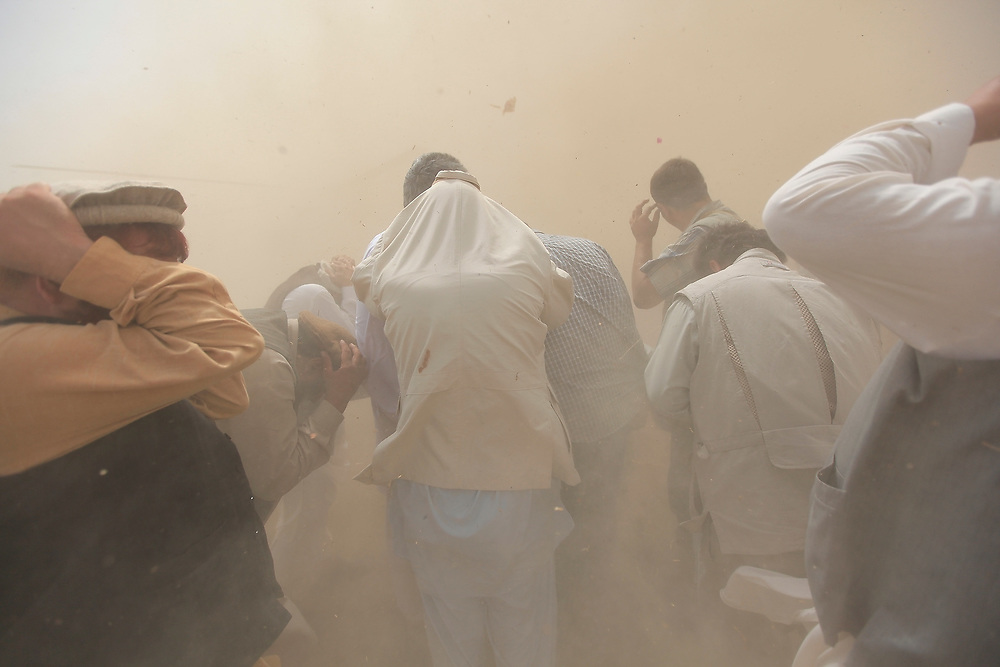