Banned during Taliban regime. The national sport of Buzkashi is back and horsemen are competing throughout Afghanistan.

The Afghan traditional sport of Buzkashi played in Kabul in Ghazni Stadium. Exclusively Afghan, Buzkashi as it is played today. The tradition goes back as far as time of Alexander the Genghis Khan. Mongol horsemen were adapt at advancing swiftly on enemy camp sites and without dismounting, swooping up sheep, goats and other pillage at full gallop. In retaliation, the inhabitants of northern Afghanistan established a mounted defense against these raids and this practice is the direct forebearer of today's Buzkashi. Buzkashi demands the highest degree of horsemenship, courage and physical strenghth from the participants.
The chapandaz (rider) is only half of the game. For centuries, northern Afghanistan breeds horses of exceptional endurance and speed crucial ingredients for Buzkashi. 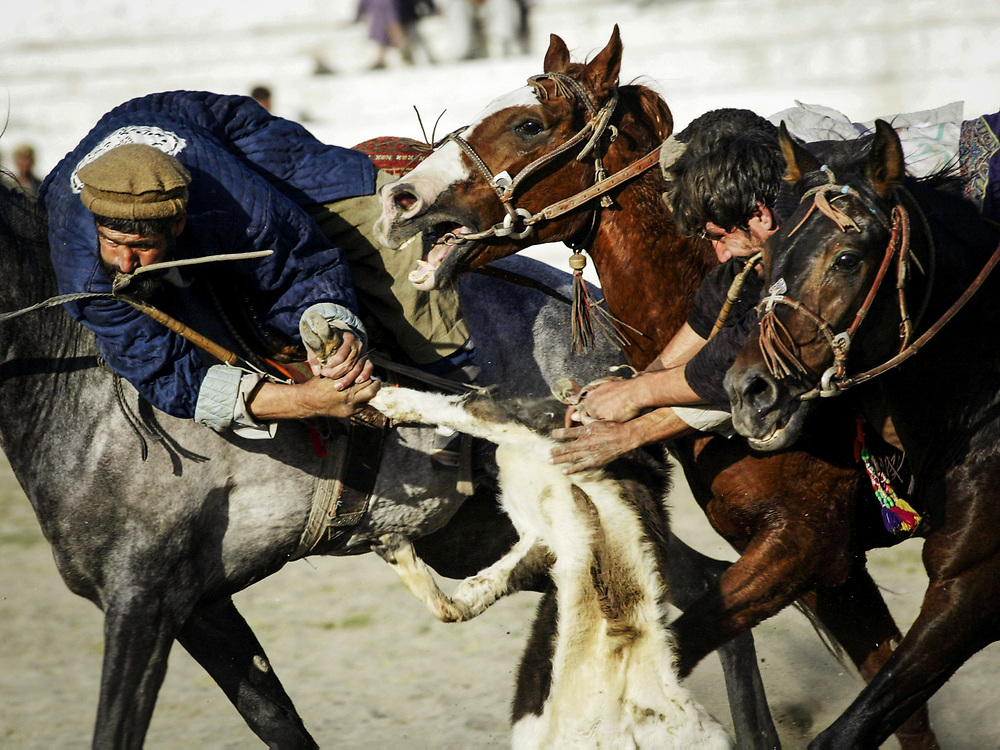