Conflict
Image 17 of 31
Prev Next
Less

Nuevo Laredo, Tamaulipas, Mexico -- Municipal Police Commandante Carlos Daniel Torres Moreno with fellow officers bring a motorist under control while trying to detain the man after he was stopped for throwing garbage from a moving vehicle in the volatile Mexican border town just across the Rio Grand River from Laredo, Texas. The man and other passengers refused to cooperate with the officers initially and finally fought with officers when authorities attempted to detain the people. Nuevo Laredo has experienced a record number of violent killings with numerous municipal police officers killed in the line of duty in 2006. -- Photo by Jack Gruber, USA TODAY 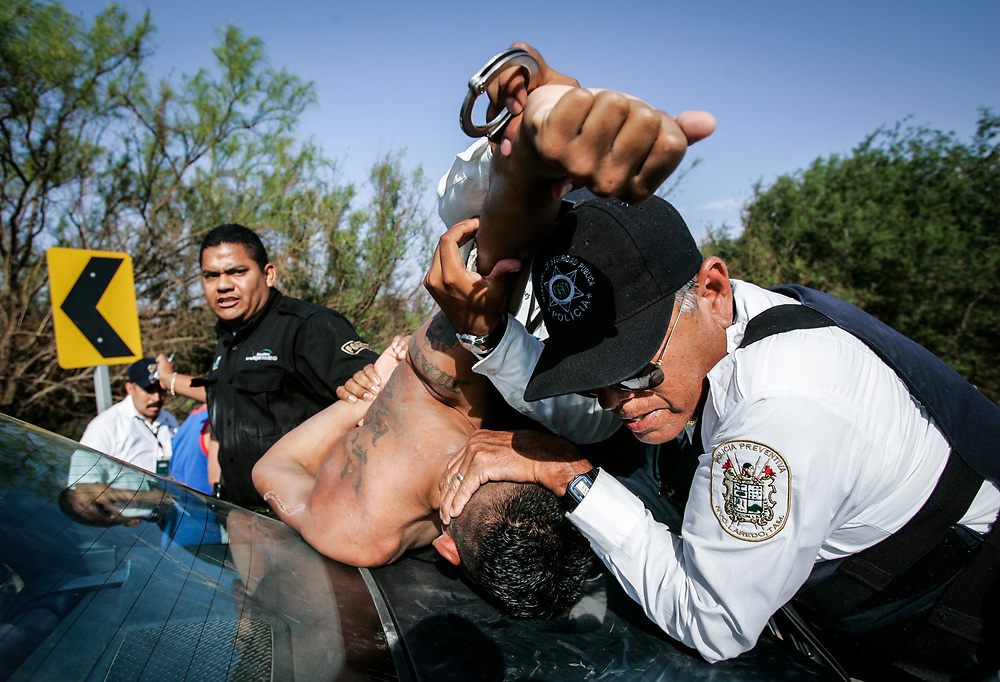